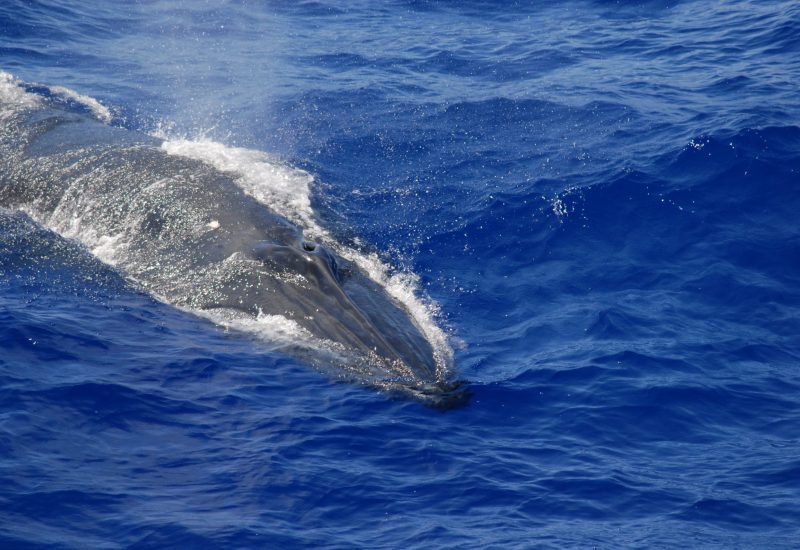 Shipping has long been identified as one of the major threats to cetaceans, not only through vessel strikes, but also through noise generated by ships, which can disrupt vital behaviours, like feeding, navigation and migration of cetaceans and other marine animals. Significant steps have already been taken by the industry to protect marine mammals, with the establishment of speed limits in areas such as the Gibraltar Strait, and the identification of “Particularly Sensitive Areas” with associated guidelines for vessels to follow.

More recently, ICS praised a successful collaboration between national NGOs and the shipping industry in adopting measures that have the potential of significantly limiting the risk of vessel collision to whales. The German Shipowners Association (VDR) announced the support of two initiatives proposed by the NGO OceanCare and the International Fund for Animal Welfare (IFAW) which aim to minimise the risk of vessel collision by rerouting shipping lanes from the high-risk area for sperm whales in the Eastern Mediterranean, and for blue whales of the coast of Sri-Lanka. This latter area is characterised by great nutrient upwelling rising along the edge of the continental shelf, thus being a hotspot for marine life and specifically for blue whales, which are seen in these waters year-round, attracting a profiting whale watching industry.

And this is not the only hope for Sri Lankan whales. Another measure, by the World Shipping Council and the ICS, proposed to extend the Traffic Separation Scheme from the southern tip of Sri Lanka. This proposal was subsequently adopted by a major shipping company – the Mediterranean Shipping Company (MSC). As such, in 2022, MSC became the largest shipping company to reroute their shipping lanes in Sri Lanka, extending the shipping lanes to 15 nautical miles further offshore. Such measure, according to scientific experts, would reduce the threat of a ship strike by 95%.

While this voluntary rerouting adopted by MSC was not followed by other major shipping companies, environmental advocates are hopeful that this could initiate a chain reaction of permanent changes to not just the shipping lanes in Sri Lanka, or the Eastern Mediterranean, but to other ones as well, significantly limiting the threat of shipping to whales on a global scale.

More resources and guidance on vessel strikes and noise can be found in the collision/strike and noise factsheets of the Marine Mammal Management Toolkit.