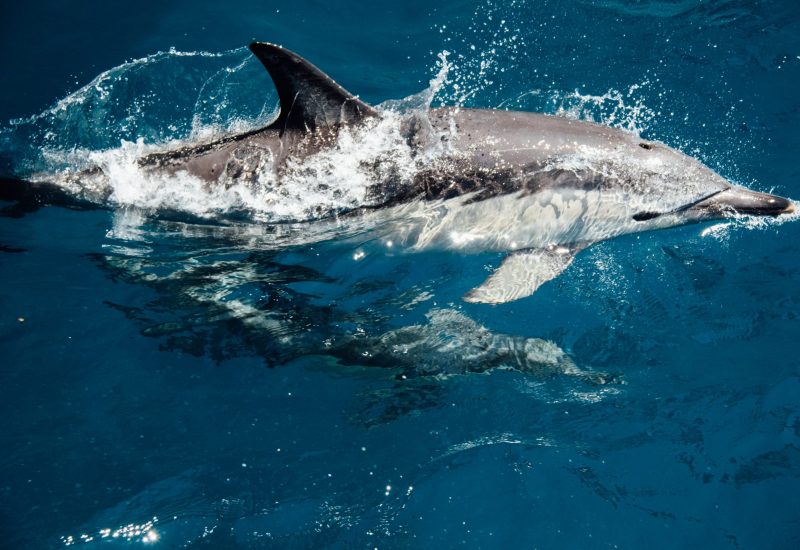 Oceans are full of sound. Waves, earthquakes and calving icebergs all contribute to the underwater soundscape. But so do human activities, with activities such as shipping, pile driving and sonar air-guns all contributing to the amount of noise present in the ocean. According to the European Commission, underwater background noise levels have doubled every decade in the last 60 years, mainly as a result of shipping.

Noise pollution can have negative effects on marine life, disrupting physiology, behaviour, reproductive abilities and in some cases their survival. In marine mammals, specifically whales and dolphins,  noise pollution disrupts their echolocation and vocalisations, which are crucial for their ability to find food, socialise and navigate underwater. A recent study, published in the journal of “Current Biology”, investigated the ability of two dolphins to cooperate underwater when affected by background noise. Results showed that when increasing levels of noise were emitted, dolphins compensated by increasing the volume and length of their call. From the lowest to highest levels of noise, the dolphins’ success in cooperation dropped from 85% to 62.5%, according to the research.

The highest noise levels were comparable with what are sometimes experienced in marine environments as a result of shipping and drilling, which raises concerns on the critical effects such activities have on marine life. Technological developments in ship design, such as reduced propellor cavitation (the formation of air bubbles on the surface of a propeller) and speed reductions are some of the ways to substantially lower the engine and propeller noise. With such technologies being already available, increased awareness is needed to drive the adoption of rigorous policies to mitigate the threat of noise to marine mammals, and marine life.

More resources and guidance on noise can be found in the noise factsheets of the Marine Mammal Management Toolkit.