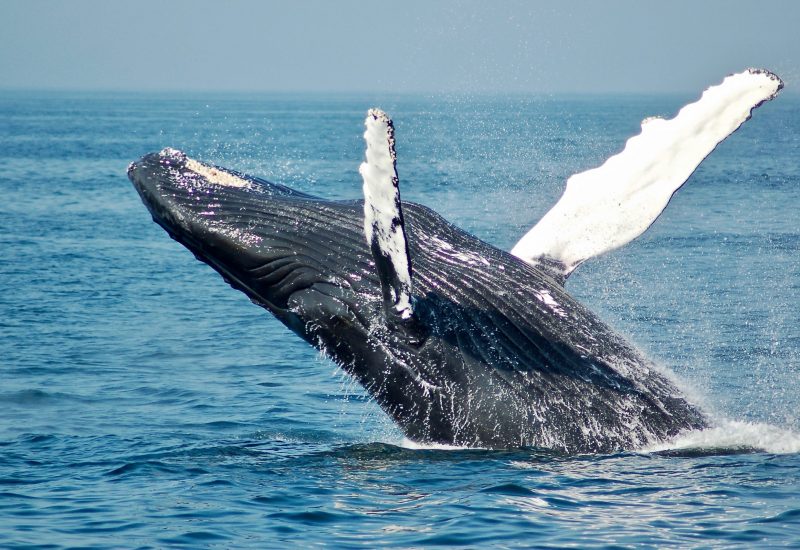 Highest number of humpback whales recorded in the Salish Sea

The Salish Sea in the Pacific Northwest (Canada) is home to one of the most diverse assemblages of marine species in the world. Historically, many species of whales, including blue, sperm, grey and humpback whales used the waters of the Salish Sea. Recently, these magnificent animals are making a comeback from the historical exploitation of the whaling industry.

Amongst them, humpback whales are a conservation success story, as nearly 400 humpback whales were spotted in the Salish Sea in 2022, including 34 mothers with their first year calves: the highest number ever recorded.  The whales migrate from the tropical breeding grounds to the nutrient rich waters of the Salish Sea during the summer to feed, socialise and rest.

As the number of humpback whales rises, it is critical to ensure they are protected from threats, specifically in the form of entanglement in fishing gear and ship strikes. To ensure this the Marine Education and Research Society, a Canadian charity dedicated to marine wildlife response launched a campaign “See a blow? Go slow” to educate vessel operators on best practices when in sight of a whale, minimising disturbance and avoiding collisions.

More resources and guidance on vessel strikes and noise can be found in the collision/strike factsheet of the Marine Mammal Management Toolkit.