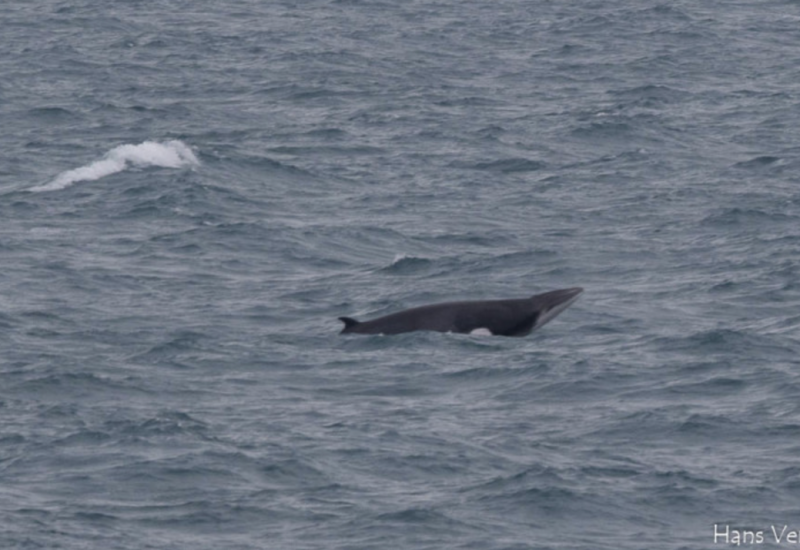 Minke whales are known to migrate over long distances, with both species using the warm waters of the Caribbean to breed and calf during the winter months. Within the Caribbean, there are a number of marine protected areas, such as the Yarari Marine Mammal and Shark Sanctuary, which includes the territorial waters around Bonaire, Saba, and St. Eustatius. In addition to providing vital protection of the marine ecosystem, the Yarari Sanctuary was established to help focus research for greater insight into the life cycles and migration patterns of both resident and migratory species. Understanding how these species travel during the year and use Caribbean waters is critical in designing effective conservation plans in the future.

A recent study brought together a wide array of researchers and conservation groups including the Institute of Environmental Sciences from Leiden University and the Aruba Marine Mammal Foundation. This study reviewed literature, citizen science and scientific records to compile spatial and temporal data for both species of minke whales. The goal of the study was to learn more about how these species use the Wider Caribbean Area throughout their life cycles.

In total, 130 records were collected, most of which were from scientific studies (100) and the rest from citizen science (30). Minke whales are notoriously inquisitive, frequently approaching boats, which makes them the perfect species to be spotted by citizen scientists. Improvements in civilian camera equipment, and increased initiatives to record and share biodiversity observations on social networks and public databases have led to a recent surge in citizen science reports for all species.

This study was able to integrate scattered species records to provide new insights that point to the importance of the Yarari Sanctuary which lies in the center of an Eastern Caribbean wintering area for the common minke whale and thus add conservation value and significance to this relatively new marine sanctuary of the Netherlands. These new insights are in large part thanks to two previous studies conducted by Wageningen University & Research together with the Saba Bank Managing Unit and were generously funded by the Ministry of Agriculture, Nature and Food Quality (LNV). These latter results were aligned with similar studies and were found to be consistent with large-scale seasonal migration routes of the Minke whales. Interestingly, this study highlighted that although it was previously believed that only the northern minke whale used the Gulf of Mexico, there were confirmed stranding incidents involving both species. Furthermore, the fact that there were strandings of minke whales throughout the year suggested that some whales stay year-round within the Gulf.

Every sighting can provide useful data that can contribute to the understanding needed to protect these species. Help further conservation efforts by reporting your (minke) whale (or other species) sightings and photos on the website Observation.org or download the free app (iPhone (iObs) & Android (ObsMapp)). These tools are available in over 40 languages and can be used by biologists, citizens and tourists alike.

For more information you can find the full report on the Dutch Caribbean Biodiversity Database.